The Marumoto Brewery was founded in 1867 at the base of the Chikurin-ji Mountains, in Okayama, one of Japan’s most prized agricultural regions. The Brewery was originally called Shimizu-ya, literally meaning “spring water store” because it was built on the site of a great water source.

A national cultural landmark, the brewery is managed by the 6th generation president, Niichiro Marumoto. In the early 1990s, Marumoto-san committed to growing his own rice and created a new brand, Chikurin, that is made from 100% homegrown Yamada Nishiki, the most famous sake rice.

The 6th generation president and brewmaster, Niichiro Marumoto, took over the brewery immediately after college, when the Brewmaster suddenly passed away. His father died a few years later.  At first daunted by these large challenges at such a young age, Marumoto-san grew into his leadership role and pioneered a new chapter for the brewery and the sake world. 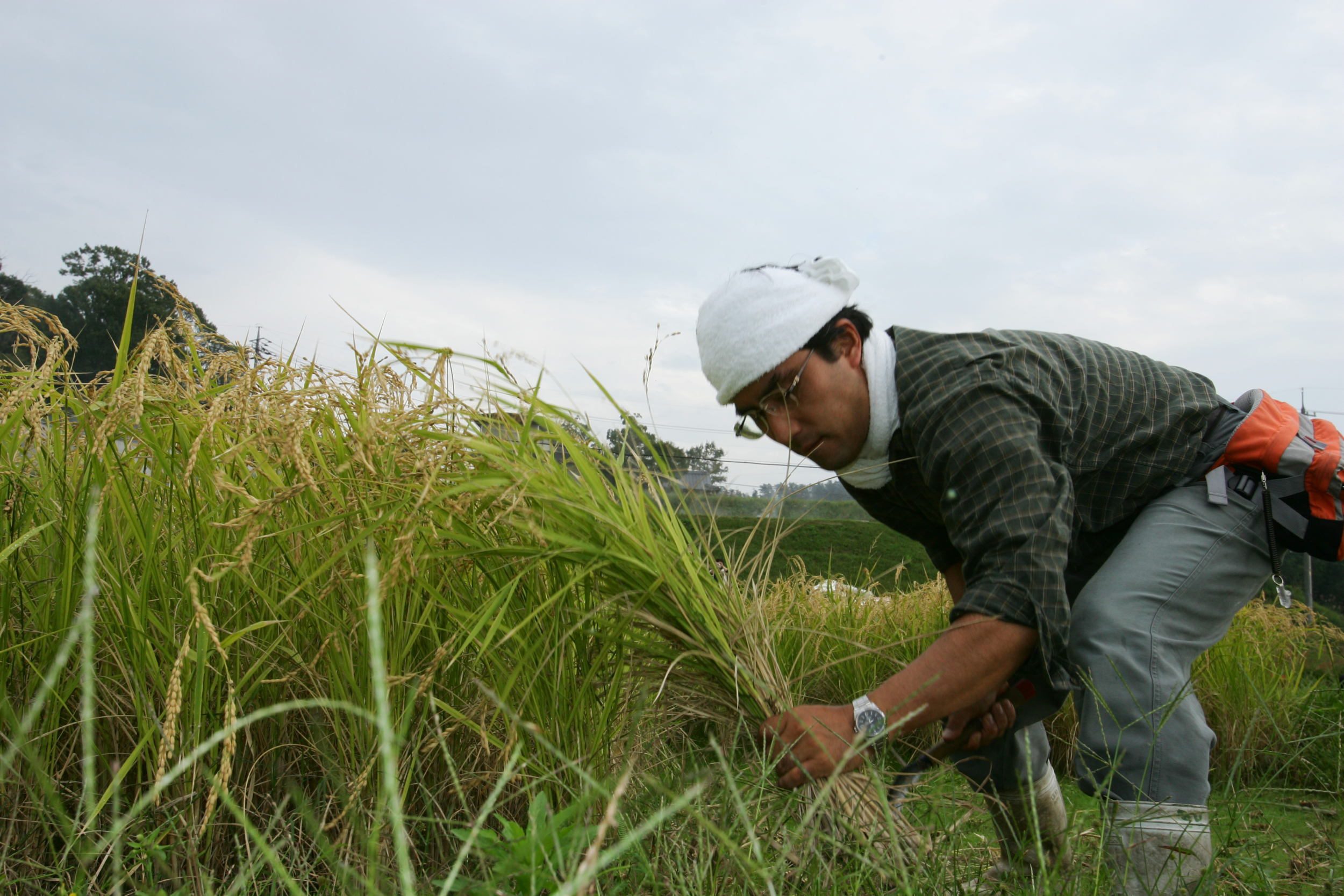 The Farmers' Brewery and Jika Saibai

In the waning of the Tokugawa Period (1603-1867) and the start of the Meiji Restoration (1868-1889), the newly formed federal government took steps to reduce the power of local samurai. Laws were passed to prohibit farmers from making sake and sake makers from owning land and growing rice. Having to make a decision, many sake breweries incorporated during these years, from our portfolio—Marumoto, Nakao, Tajima, and Hakuto Breweries, and Huchu Homare.

As the sake industry has grown and increased in quality, the relationship between sake makers and rice farmers has grown tighter. Most craft breweries contract with local farmers to grow rice for them, “keiyaku saibai.” Sake makers commit to volumes, varietals, and price targets, and farmers aim for quality levels and yields. Breweries, especially larger ones, also rely on raw rice wholesalers or “processors” (rice polishing and warehousing companies) for larger volume, lower quality products.

In the early 1990s, seeing the evolution of rice cultivation as a part of sake making, Marumoto-san decided that he wanted to grow rice, himself. He felt that sake makers should own and manage the process and product, from the source to the bottle. He started growing rice on the limited, legal amount of land that he could. Over time, he started leasing land from neighbors. He also started hiring farmers as sake makers and retaining his sake makers year-round to grow rice with him.

The rice he chose to cultivate was Yamada Nishiki. The brand he launched was Chikurin, named after the mountains behind his brewery. Some thirty years later, Chikurin is still one of the only sake brands that is 100% “estate-bottled,” made from homegrown rice. The fact that it is Yamada Nishiki doesn’t hurt, either.

This story and commitment has earned the Marumoto Brewery the nickname, the “Farmers’ Brewery.”

In 2001, Marumoto-san wanted to add a new dimension to his sake portfolio. After studying Belgian beer and champagne yeasts, he decided to experiment with producing bottle-fermented sparkling sake. After trial and experimentation, he developed HouHouShu and Hana HouHouShu sparkling sake (the pink version, infused with rose hips and hibiscus).

These were the first bottle fermented sparkling sake in Japan. A new standard for high quality—not surprisingly coming from the Marumoto Brewery. 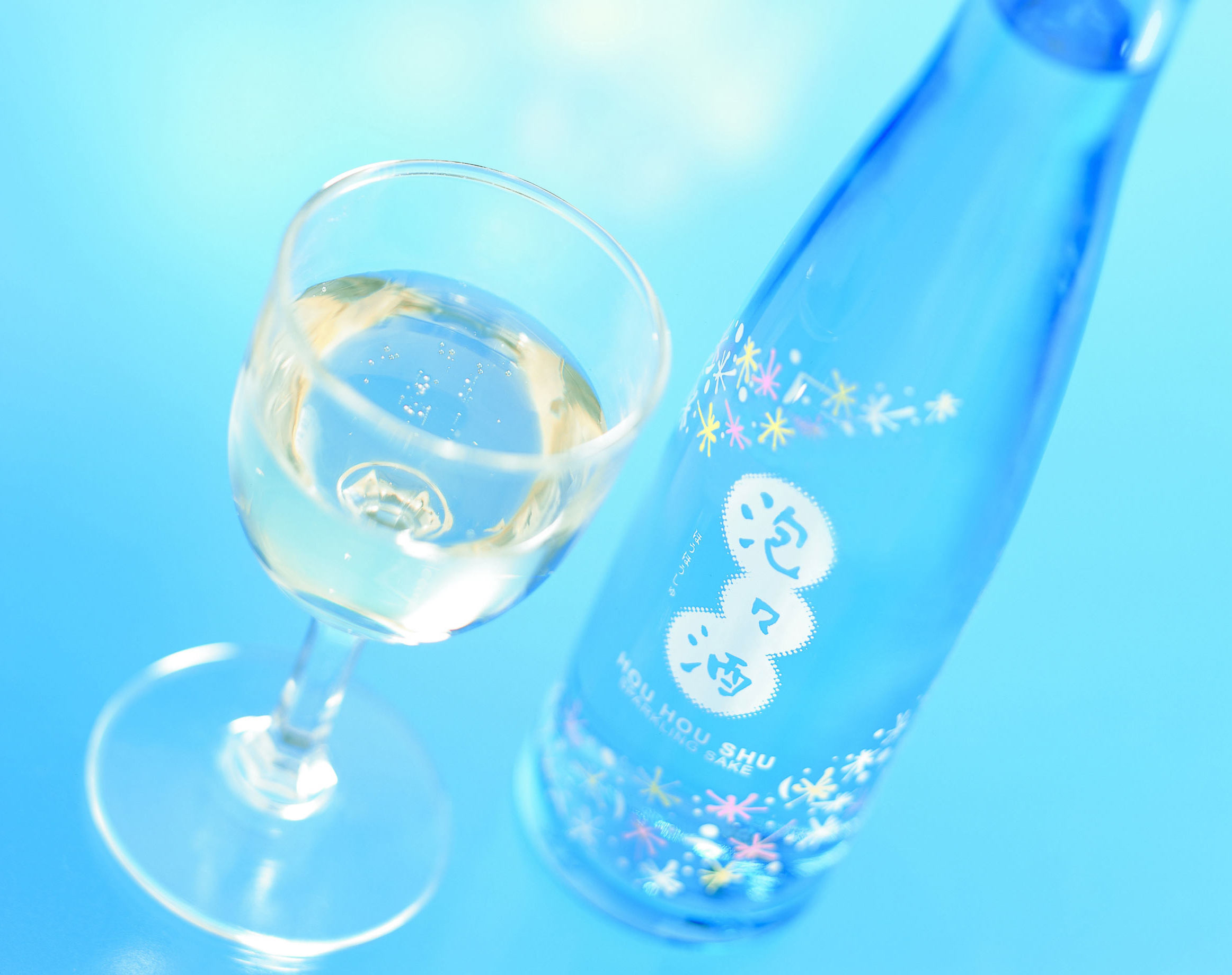 Situated in the Chugoku Area, which includes Hiroshima to the west and Tottori to the north, Okayama is known as the “Land of Sunshine,” because of its sunny and dry weather. Okayama is a rich agricultural region, producing Japan’s most famous peaches, and great strawberries and grapes. The Seto Inland Sea, which lies between the coast of Okayama and the island of Shikoku yields wonderful oysters, snapper and water eel. Other kinds of fish that grow in this sea are small and flavorful. Thus, the cooking style of Okayama is simple, allowing the natural flavors to shine through.

This sake is made by the Marumoto Brewery, which is nicknamed the “Farmers’ Brewery” because the farmers who grow the rice also brew the sake. An estate-bottled sake, Chikurin is made from 100% Yamada Nishiki, the most famous variety of sake rice.