Huchu Homare was founded in 1854 and is managed by the 7th generation of the family, Takaaki “Taka” Yamauchi. When the brewery started, their first brand was Taiheikai, meaning “Pacific Ocean.” Located near the Pacific coast, in Ibaraki Prefecture, the brewery dreamed of sending their sake to America. In 2006, 152 years later, they realized this dream and the first bottle of Taiheikai was sold in the U.S.

However, the brewery made greater history in the early 1990s, when Taka Yamauchi revived the sake rice, Watari Bune. He revived Watari Bune after seventy years of extinction. Since then, other brewers and prefectures have revived old varietals of rice and cross-bred to create new ones. 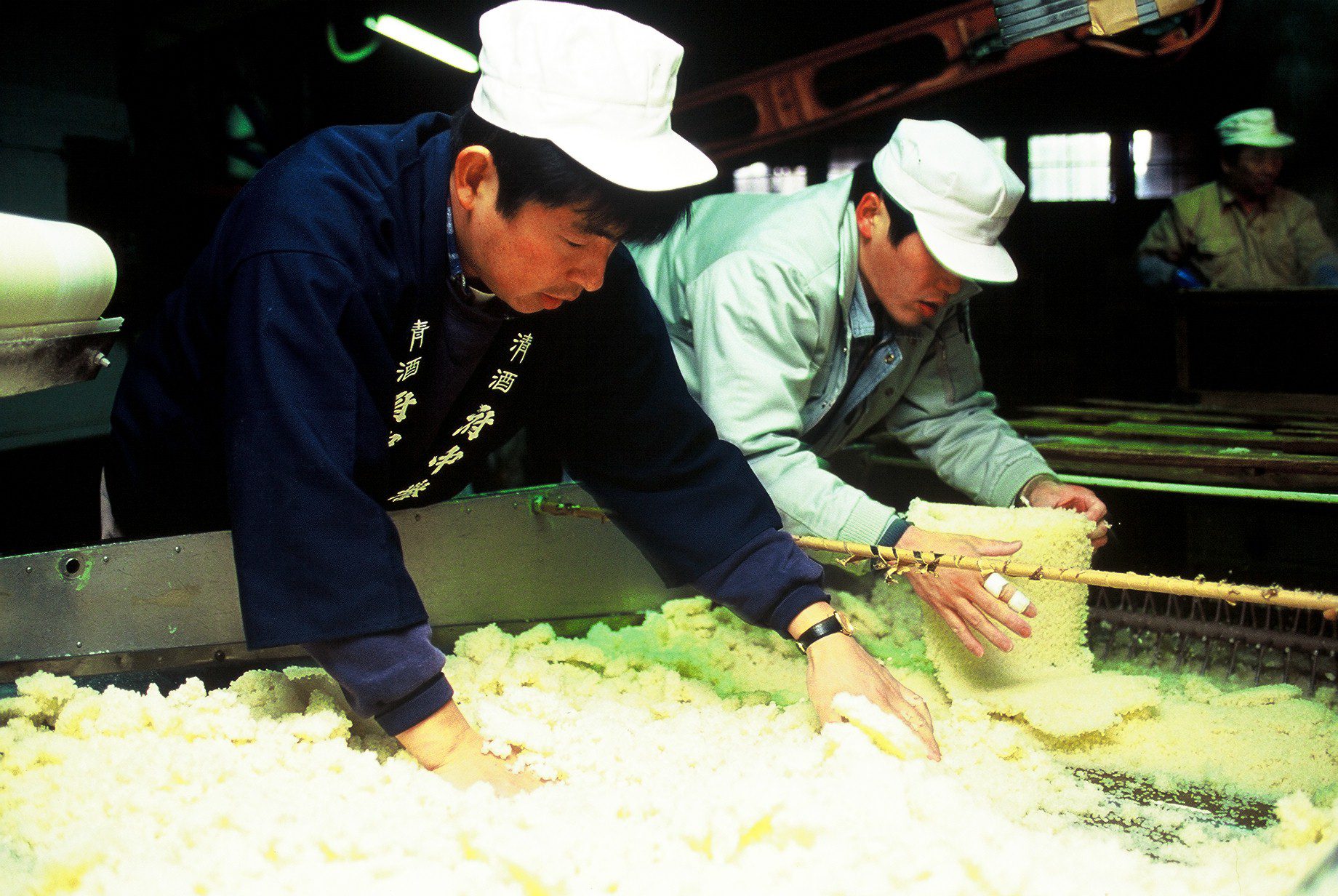 Takaaki “Taka” Yamauchi is the 7th generation President and Brewmaster of Huchu Homare. In 1988, he learned about Watari Bune sake rice from a local farmer, named Hota-sensei. Hota-sensei told him that Watari Bune made great sake, but fell out of use in the 1920s because the plants grew tall and harvested late, in October. This made Watari Bune vulnerable to mold, bugs, and typhoons. Farmers grew tired of losing their crops so they stopped growing Watari Bune.

Yamauchi-san found that his local agricultural research institute had freeze-dried seedlings. He was able to get 14 grams of seedlings. Hota-sensei helped him find local farmers who would grow the rice.

Three years later, in 1992, Taka had enough rice to make their first batch of sake. It was delicious and an immediate success. Taka made history and the revival of Watari Bune was a watershed moment in sake.

Although it is still debatable in the sake world, many experts agree that Watari Bune is the father strain of Yamada Nishiki, the most famous and cherished sake rice varietal.  Some people believe that Omachi is the father, but evidence points to Watari Bune. Certainly, Yamadaho is the mother strain and both Watari Bune and Omachi are old, pure, “heirloom” varietals of sake rice. This much is agreed!

Ibaraki is northeast of Tokyo and the town of Ishioka, just an hour by train from Tokyo. During the Nara Period, 714-791 AD, Ishioka was a fortified town and the center of the “Hitachi Huchu,” the “Huchu” domain. The brewery, Huchu Homare, was named after the town. Over the years, Tokyo became the capital of Japan and the seat of the Kanto Area, which includes Ibaraki, Tochigi, Gunma, Saitama, Tokyo, Chiba, and Kanagawa.

Ibaraki sake does not have a well-known, distinctive style but, given its proximity to Tokyo, it generally produces a modern, clean, and fruity style. With Tokyo as its main market, like other Kanto Area prefectures, Ibaraki sake must appeal to “worldly drinkers,” who are knowledgeable and interested in wine, spirits, cocktails, and beer. Thus, the sake must be high quality and impactful.

Despite these images of urbanity, Ibaraki is an agricultural hub. It is well known for buckwheat, “soba,” and soba noodles. In fact, Hota-sensei, the farmer who told Taka about Watari Bune, also runs a stand-alone restaurant in the countryside that specializes in fresh tofu and soba.

This junmai daiginjo, which has been nicknamed “Liquid Gold,” is made with Watari Bune rice that is polished to 35%. It is deep, luscious, layered, and juicy, showing notes of honeydew melon, peaches, and pineapple.